#5 What Enlightened Beings Really Look Like – Debunking The Myths 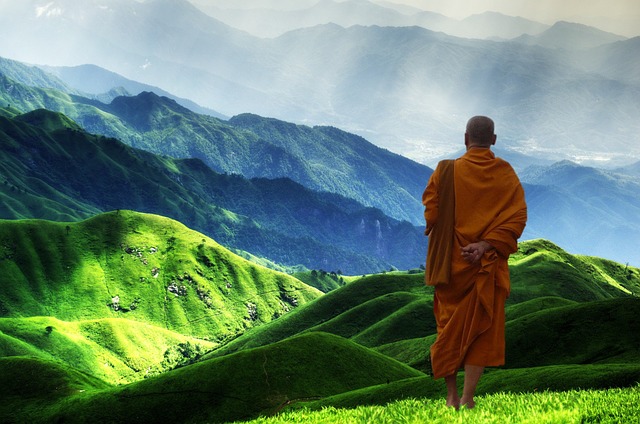 It isn’t about, in any way, becoming extraordinary; if anything it’s just becoming ordinary, it’s becoming who we really really are. – Adyashanti

When you think of spiritual enlightenment, what comes to mind? Maybe you think of the Buddha and imagine enlightened beings spending their entire day meditating by themselves in a temple, a cave or under a tree. But is that the case?

It is true that after reaching spiritual enlightenment, many of the activities you enjoyed doing before might not motivate you anymore. The reason for that is because these activities were self-centered. They were an attempt to fulfill your ego in one way or another. Naturally, as your ego disappears, self-centered activities lose their meaning; they become irrelevant.

For instance, Sri Mooji was an artist before his awakening. He would spend a lot of time painting. However, after he woke up, he didn’t feel the need to paint anymore. Nowadays, while he still paints from time to time, he doesn’t feel the need to; he is not trying to fill a gap within himself or to be praised by other people. He just enjoys the activity.

As life unfolds, enlightened beings will know naturally what to do. Some will be drawn to teaching while others will have a normal job. In fact, it is very difficult to distinguish an enlightened person from a “normal” person. That’s especially true since enlightened people feel no need to share their “secret” with other people. Only a fake enlightened being would brag about being enlightened.

Enlightenment is for the chosen ones

One of the biggest and most pernicious myths about spiritual enlightenment is that it is only reserved for special beings like Jesus or Buddha. That is no true! You must get this idea out of your head. Every single human being is a potential candidate for enlightenment for the simple reason that enlightenment is nothing more than the rediscovery of our natural state. Enlightenment happens when all our social conditioning and false beliefs fall away and only our true self remains.

One of the greatest spiritual teachers of the 20th century, Sri Nisargadatta Maharaj, was actually poor and almost illiterate. Sri Mooji wasn’t a great intellectual either and seldom read books.

In fact, people who spend too much time in their mind might have more difficulties to awaken. Sometimes, so-called “spiritual” people end up building up a spiritual ego. In short, their spiritual knowledge becomes an impediment to their awakening.

Theoretically speaking, spiritual enlightenment is not difficult to grasp. You don’t need a Ph.D. to understand it. However, the complexity of our mind along with our past conditioning make it seem out of reach.

As our true nature is love and compassion, I would have expected enlightened beings to be vegetarian, but that’s not the case. While they don’t encourage the killing of animals and don’t kill animals themselves, they do eat meat, at least for some of them.

Sri Nisargadatta Maharaj admitted eating a small amount of meat while Sri Mooji explained that he ate meat as it’s part of his culture.

Enlightened beings are not obsessed with their body or their nutrition. Their body is rather secondary, as they know the essence of what they are is beyond both the body and the mind. As a result, they don’t seem to live longer than other people. Interestingly, Sri Nisargadatta Maharaj was actually selling handmade cigarettes and was quite a heavy smoker himself! He died from a throat cancer at 84.

Enlightened beings don’t feel emotions as we do

People imagine that when they realize their true self, they will have to give up all the pleasures of the senses like sex or good foods but that is not true. They might lose interest but it will feel natural. Enlightened beings are not emotionless. They feel emotions like grief, sadness, and even depression. However, emotions cannot stick for very long. Indeed, the reason why emotions linger is that we identify with them. An enlightened being might get suddenly angry and even yell at someone occasionally, but it won’t be personal and the feeling will quickly vanish leaving no trace.

We must also mention that, regardless of their emotions, awakened beings experience an underlying peace, joy, love or compassion, which appears to be the natural fragrance of our being.

Enlightened beings have not a “normal” life

Most enlightened beings live a normal life. They have a wife and kids and go to work. They might even watch TV or play poker. No, waking up won’t lead you to drop everything to go live in the mountains. However, as I already mentioned, you might lose interest in some of your hobbies and some of your relationships might be impacted, but everything will happen naturally.

Once you wake up to your true nature, you’ll realize that life has no purpose in itself. There is only one thing to do: to enjoy it. You won’t feel the need to prove to others you’re good enough by trying hard to become rich and famous.

What needs to be done will be done spontaneously and effortlessly and it won’t feel like you are doing anything anymore.

One of the biggest difference between enlightened beings and us is their degree of freedom. They are unaffected by praises or criticisms, they enjoy people but don’t need them. They worry neither about the past nor about the future, which they see for what they are: pure illusions. They are not afraid of death. Reputation and money mean absolutely nothing to them. They don’t need to control, influence or make any demand to other people. They are complete and don’t need anything at all! In a nutshell, they are living in reality; we don’t. That’s why it is called “awakening”. They woke up while we are still caught in the dream. The question is: for how long?

20 years or more of meditation are needed

Other people practice meditations for years or even decades but fail to reach enlightenment. Fortunately, more and more people are awakening and for some, it might take only a couple of months. Some people even seem to wake up by watching Youtube video of spiritual teachers and practicing on their own.

Meditation, as most of us picture it – sitting still in the lotus position – is not necessarily the way to go. There are other methods. If you’re interested in realizing your true nature, in another article, I will share some of the most powerful and straightforward exercises you can do to find your true nature.

Note that, even though some people choose to leave everything to find their true self, it is not necessary. You don’t have to quit your family, your job, or anything else to work on finding your true self.

So what about you? Do you feel any motivation inside yourself to find out who you really are? Why or why not? Leave me a comment below 😉

To learn more about spiritual enlightenment

My series of articles on enlightenment

Books on enlightenment (I recommend you to read them in this order):

Finally, make sure to SIGN UP to receive my FREE E-BOOK 🙂

The 5 Commandments of Personal Development