This Shocking Letter From My Alien Friend Woke Me Up 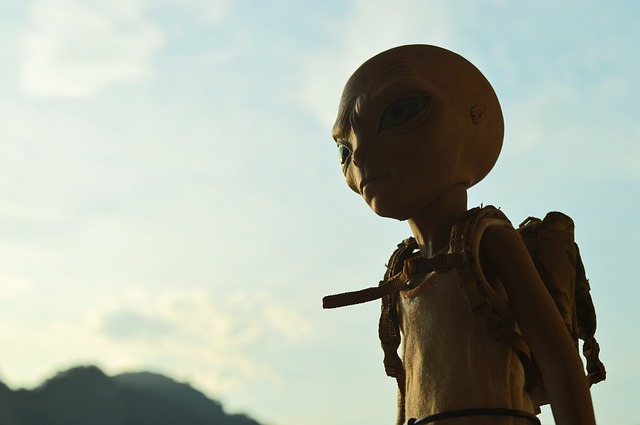 I’ve just received a letter from my dear alien friend. What he said in that letter was truly a waking up call to me and I wanted to share that with you.

I’ve been observing you for a while now, and I’ve noticed how confused you seem. It seems you’ve lost track of happiness. I want you to know that it’s very painful for me to watch you inflict so much pain on yourself and others.

I decided to write you a letter because, quite honestly, I’m very worried about you. I care about you and hope what I have to say won’t upset you. You should know, however, that you would be put in a psychiatric institution if you lived where I do. You believe yourself to be completely rational yet your behavior makes little sense.

Think about it: You’re self-critical, self-blaming and put yourself down all day. I dare you to talk to me or anyone else the way you talk to yourself! The things you say to yourself seem rude, vindictive, and ugly when directed at another person, don’t they? If you uttered aloud that which your inner voice says, wouldn’t the people around you try to put you in a mental institution?

Yes, they would. After all, people who talk to themselves out loud are considered mentally ill in your world, particularly if the things they say are negative, malicious, and venomous.

I’m sorry to say that, for me, you’re no different than the people you call mentally ill because they wander around babbling to themselves. You’ve become a slave to your thoughts, and you aren’t even aware of it.

Complaints keep eclipsing your happiness. They steal your peace of mind and make you miserable. Where I live, we avoid complaints like the plague. What happens to us happens to us. We cannot control the rain, the sunshine, or anything else. We can, however, control ourselves. Our state of mind is the only thing that matters to us. People who complain are perceived as mentally ill because they willingly give their power away to situations or other people. Why would someone inflict that sort of pain upon themselves?

You also compare yourself to other people as if your self-worth has anything to do with how well they are doing. We see you envying people who are fighting inner conflicts of which you’re unaware. You act as if happiness were a zero-sum game in which people gain happiness by stealing yours. Where I live, you’d be surprised to hear that the word “compare” and its derivatives are never used. We banned them once we realized they were the root of unhappiness.

We’ve observed your baffling but relentless pursuit of money, fame, and recognition. What are you trying to prove? Can’t you see that you’re already good enough and have enough? Why do you act as if you’re the one being on your planet that’s never good enough? You’re spending all your time trying so hard to be “somebody” but you’re on a never-ending journey to nowhere. You look for happiness in an illusory future when it exists only in the present.

You want so desperately to be loved, recognized, and accepted by others, but your society conditioned you to feel as if you aren’t good enough. As a result, everything you do is an attempt to achieve praise in order to feel better about yourself. In my world, there is no need for that. We are aware of our intrinsic self-worth. Nothing and no one can undermine our inherent worthiness. Ever!

Look at how exhausted you are! You’ve spent your life carrying the past on your shoulders, and it’s a heavy burden. The past is over, but you act as if it’s still happening. You live in an illusion – and not a pleasant one. It’s disturbing to us that no one in your world seems to spot the illusion. In our world, we have no attachment to the past because we know it’s not real. As a result, we can travel light and deeply appreciate the present.

You think so much about the future that you forget to live in the present. You experience brief contentment when you get what you want, but this quickly fades. It isn’t long before you’re reaching for the next thing. It’s much like a hamster running on its wheel, isn’t it?

Last but not least, you’ve become so insecure that you get defensive when people criticize you. In some cases, you may even become violent when people insult or disrespect you. Strangely enough, others encourage you in this behavior. “Come on, do something!” they say. “Are you really going to sit there and let him insult you?” In my world, we would say, “Of course, I am. Why should I give anyone else the power to disturb my peace of mind? It doesn’t make any sense at all.” Where I live, nobody would do such a stupid thing!

Never forget that happiness is within you.

I wish you all the best and hope to hear from you very soon.

Okay, I admit. I don’t have any alien friend. I just wrote this letter to remind you and me of our crazy behaviors. What about you? If you played the role of the alien friend, what would you say to earthlings? What would be your message? Leave a comment below and share it with me.

Wait! Before you leave don’t forget to SIGN UP to get your FREE copy of my ebook “The 5 Commandments of Personal Development”. It has been downloaded more than 2,000 times now 😉