4 Disempowering Beliefs About Money That Keep You Poor

What’s the first word that comes to your mind? Dishonest? Greedy? Lucky? Awesome?

Our relationship with money will greatly determine the amount we earn throughout our lives. While there is nothing wrong with being poor (it doesn’t make someone a bad person or mean that they’re a failure), living in poverty is stressful, uncomfortable, and not something that most of us want to experience.

In this article I’m going to cover 4 common money-related beliefs that will trap you in poverty. Hopefully, it will serve as the bolt of inspiration you need to reach your financial goals.

“Money is like sex. You’ll think of nothing else if you don’t have it – yet you’re free to think of other things if you do have it.”- Dan Lok

This quote, which comes courtesy of Dan Lok. a serial entrepreneur, millionaire mentor, and author of F.U. Money, is incredibly accurate.

Sure. Money doesn’t matter. So why do you spend over forty years of your life working 40, 50, or even 60 hours a week working a job that you feel apathy or, worse yet, hatred for? There’s got to be a reason for it. I think the word you’re looking for starts with an ‘M’ and ends with ‘oney’ :-).

If I were to give you $5 million right now, would you keep your current job? Would you continue in the same career path? If you answered no, I’ve got news for you: You might not want to admit it, but money actually is important to you.

You’re doing yourself a great disservice by pretending that money is an insignificant part of your life. I get it. It would be awesome if we could live in a world where money wasn’t necessary. So far, however, money is the best way our society has found to exchanging products, obtain services, and create wealth.

Money is only bad if you’re an asshole! Money is just a means to an end and is neither good or bad in and of itself. If someone who is mean-spirited, selfish, and poor suddenly comes into money, they’ll simply become mean-spirited, selfish, and wealthy. The only real change will be the scale of the person’s heartlessness. They’ll go from stealing $50 from the cash register to embezzling millions of dollars.

On the contrary, if someone is a great, kind person money will give them incredible leverage to create good in this world. Take a moment to consider some of the amazing, positive things money can provide in the short list below.

Despising money and remaining poor doesn’t do much for society. Yes, you can be poor and give money to charity, but you could also be rich and give even more money to charity. It’s easier to be poor than to it is to be rich, but do you really want to take the path of least resistance? It won’t lead you to anything that you genuinely want.

I recently came across the following thought-provoking Facebook quote: Being poor is selfish. I thought it was an interesting quote, to say the least. It might sound strange at first, but it makes sense once you think about it for a while. After all, neglecting to improve yourself, learn new skills, and increase your ability to help yourself, others, and society with your products, services, or wealth doesn’t sound very considerate.

Now you might be thinking that rich people make millions of dollars by lying, cheating, and stealing. When discussing wealthy people, I hear a lot of people say things along those lines. It does happen, but it’s important to put things in perspective.

As Russell H. Conwell says in his “Acres of Diamonds” speech, “…another young man (says), ‘I hear sometimes of men that get millions of dollars dishonestly.’ Yes, of course you do, and so do I. But they are so rare a thing in fact that the newspapers talk about them all the time as a matter of news until you get the idea that all the other rich men got rich dishonestly.” In short, embezzlers, swindlers, and the like wouldn’t be such big news if they were commonplace.

Assholes come in all sizes, shapes, colors, and economic classes. Wealth is not an automatic indicator that someone is a jerk. In many cases, in fact, it can point to the opposite: Think about it: Becoming successful and building wealth generally requires working on your communication skills, increase your self-confidence, and practicing self-discipline. It takes getting out of your comfort zone and constantly stretching yourself. As a result, rich people often spend more time working on themselves than poor people do, if only because they have to.

Just remember that if you hold negative thoughts about rich people, you’ll never become rich yourself. Why would you become something you hate? The business world is certainly not the most ethical place on the planet, but that can be said for several industries. Believing that people on the top are all assholes and people on the bottom are somehow magically angelic and moral doesn’t make any sense.

It’s very possible to earn lots of money honestly. It’s not easy, and is certainly harder than doing it the amoral way, but it can be done. I think Pat Flynn, the owner of www.smartpassiveincome.com , is a great example of someone making money in an ethical way.

Is money difficult to make? I think that depends on how you think about money. The harder you think it is to make money, the harder it will become.

In his book Secrets of the Millionaire Mind, T. Harv Eker shows that each of us has a money blueprint that largely determines the amount of money we can earn. We generally inherit this blueprint from our parents and keep it for the rest of our lives (unless we make a conscious choice to reprogram our subconscious minds). Want to know what your money blueprint is? Start by taking a look at your bank account and the way your parents view money.

Due to the incredible potential of the internet, creating wealth is much easier than in the past. Publishing a book, creating a company, or outsourcing tasks to people all around the world can be done online. If you’re willing to get creative, you’ll probably find that making money is easier than you think.

What about you? Do you have any disempowering beliefs about money? If you do, now is a great time to get rid of them and start building more wealth.

On that note, I’ll leave you with a powerful exercise from Dan Lok:

Brainstorm at least twenty ways you can generate more income without working harder.

Below are some great books that I’ve personally read and benefited from:

Wait! Before you leave don’t forget to SIGN UP to get your FREE copy of my ebook. 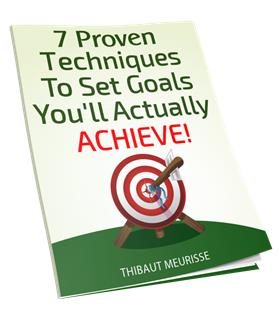